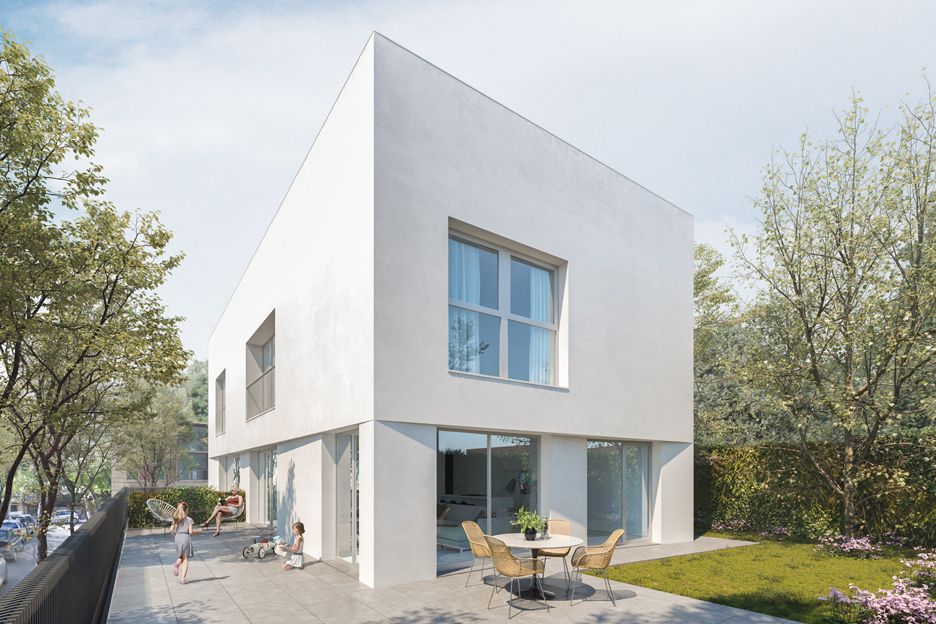 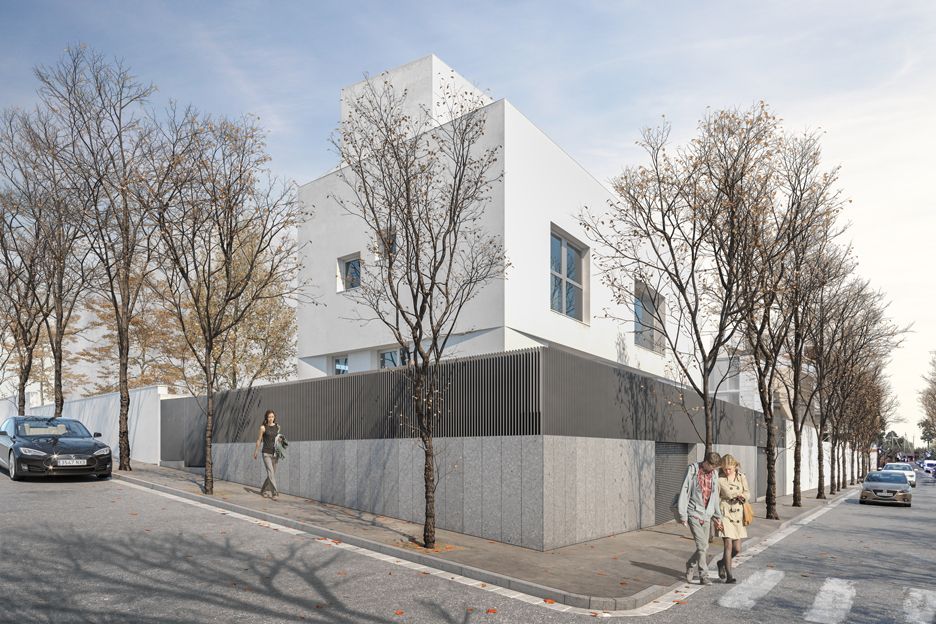 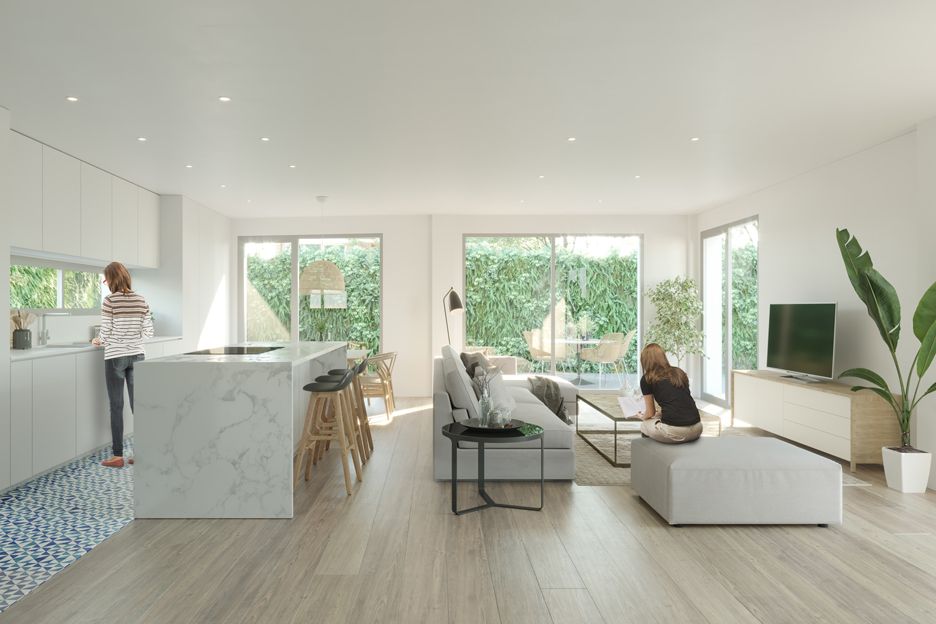 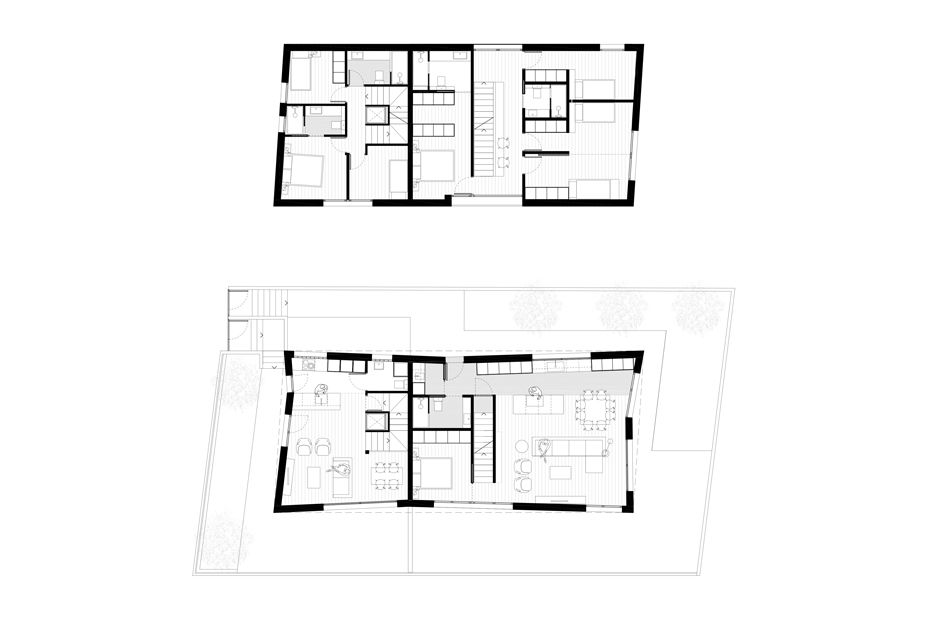 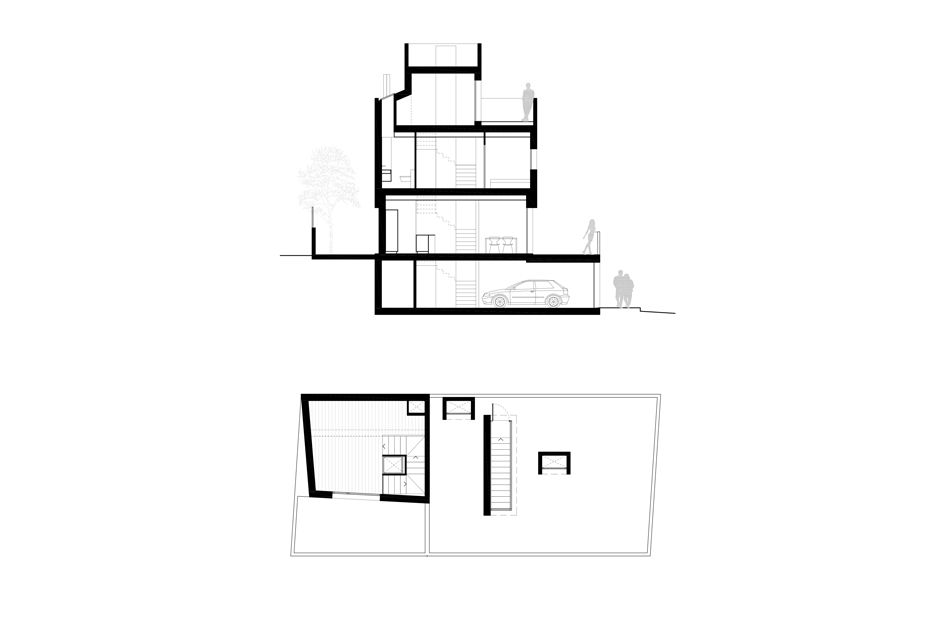 The project consists of two semi-detached houses, asymmetrical in dimension and layout but sharing the same morphological and energy criteria.

The two houses make up a large white rectangular volume which gets disrupted on the ground floor and generates small discontinuities on the facades that reunite again in the four corners of the rectangle.

Daytime areas are located on the ground floor of both houses, with open spaces made up of kitchen isles which open to their respective sitting rooms with large openings to the outside.

One of the building’s main features is its high degree of continuous thermal insulation which substantially increases the houses energy efficiency and environmental sustainability.

The whole structure rests on a large gray stone base which contains the car parks in its interior and forms the garden and the terraces at the top.

You can find out more about which cookies we are using or switch them off in settings.

This website uses cookies so that we can provide you with the best user experience possible. Cookie information is stored in your browser and performs functions such as recognising you when you return to our website and helping our team to understand which sections of the website you find most interesting and useful.

Strictly Necessary Cookie should be enabled at all times so that we can save your preferences for cookie settings.

If you disable this cookie, we will not be able to save your preferences. This means that every time you visit this website you will need to enable or disable cookies again.